If you have been following the recent successes of Monero XMR, as well as the bad news, you may have wondered why the price of Monero XMR is down currently in the market.  By my opinion only, I think this is exactly where Monero should be at the moment.  Today may be a good time to sell if you feel the price may drop to mid-$70 USD, only to rebuy at a lower price.  I hope to see this price average through the remainder of 2017.

In the news are the rumors of China banning private cryptocurrency coins like Monero, PivX, DASH.  But from what I have read China is banning ICOs (Initial Coin Offerings).  I bought into an ICO with Storjcoin.  The price of STORJ today is the same as when I bought into the ICO, less even.  So I can understand a country wanting to safeguard their citizens from being cheated out of their money.  Some of these ICO’s look like systems to build and sell more ICO’s.  When North Korea converts all their money to Art-coin, be afraid. 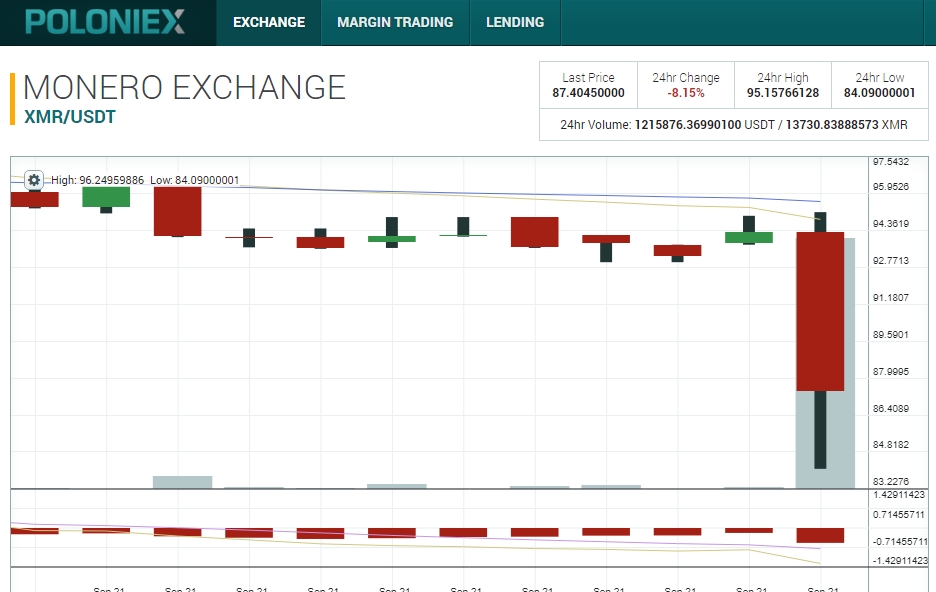