The start of Summer 2017 brought a drop in price for Monero XMR from $51 to $44 USD.  Network hashrate rose to over 90 MH per second, with a difficulty over 11 billion.  This is about a 15% rise from last month’s average.  Difficulty factor and hashrate power go hand-and-hand since the network is attempting to moderate coin distributions to an average of every 2 to 2.5 minutes.  The more hashrate power, the faster the block rewards will be found.  Hence, if the current difficulty remains the same the distribution of coins will drop to below an average of every two minutes.  The network automatically (dynamically) adjusts the difficulty target to keep an average of every two minutes a block-reward is found. 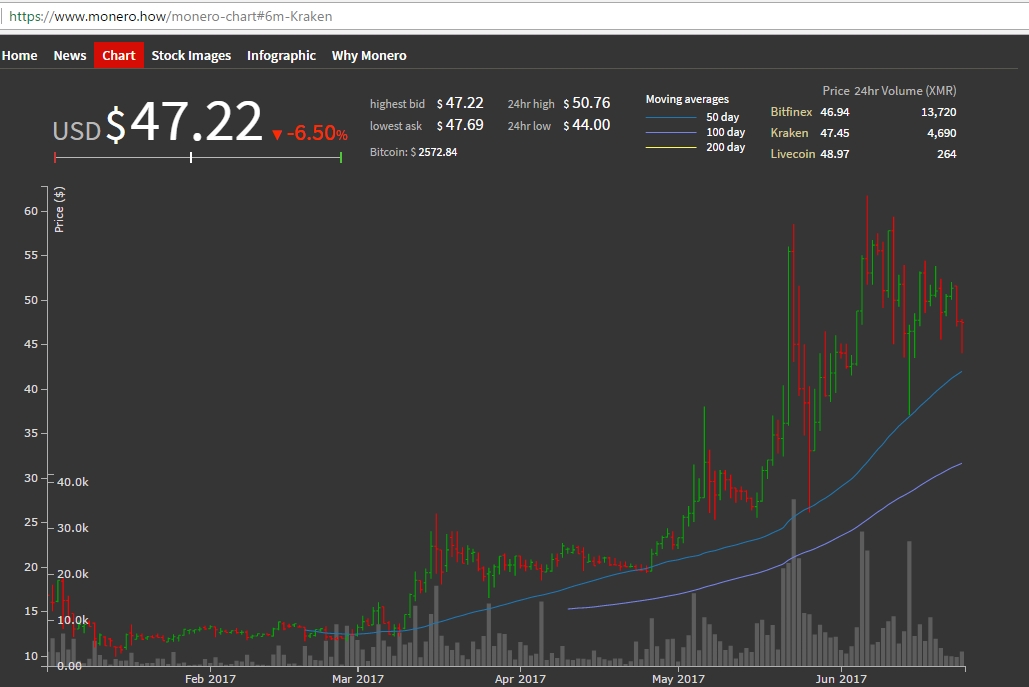